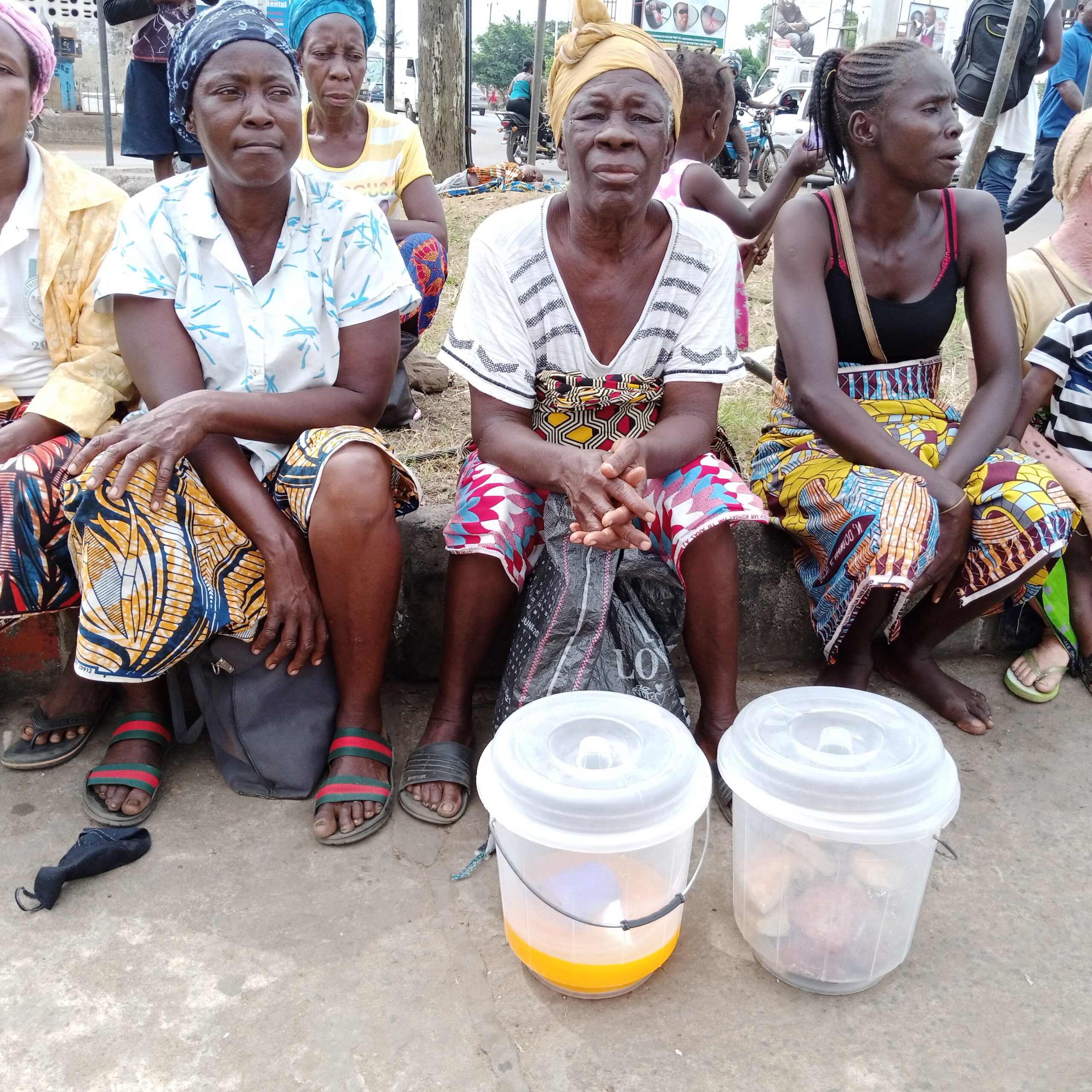 Covid-19 brings about key trade-offs: shutting down economic activity and restricting people’s freedom, in exchange for improvements in wellbeing that encompass reduced fatalities, mainly among the older population.

However, the social value or status of older individuals vis-à-vis other age groups in society is often overlooked in many policy responses.

Whilst many Asian countries report more positive perceptions towards older people, in many societies like Africa we observe a certain level of ‘age aversion’, where individuals praise youth stereotypes, and older people pretend to be younger to avoid the effects of ageism (or age discrimination).

This can explain the late reactions to the virus, as noted by the World Health Organization’s Director-General, Dr. Tedros Adhanom Ghebreyesus, who accused some countries of seeing “old people as ‘less worthy’ of the best efforts to contain the virus”.

This means the COVID-19 pandemic does not just risk the lives of older folks easily, but its negative economic impact is devastating for them.

Back in Liberia, the older generation especially those whose families do not have the financial capacities are the breadwinners of their children, grandchildren and in some cases their great-grandchildren.

It’s nearly 11:40 AM and I am here at the Vamoma Junction. This junction even before the outbreak of COVID-19 has always attracted a number of elderly people who usually wait at this venue for handouts from goodwill individuals.

But since the outbreak of the global pandemic, this area has attracted an increasing number of older folks than you can imagine.

How are they managing to survive under said condition, The Stage Media asked?

Ma-Musu Paye, aged 59 is the first person, she has been around Monrovia begging especially here at this venue for over three years.

She expressed frustration over the condition of older folks in the country and what they experienced daily to win bread for them and their immediate families.

“I’m a widow of five children, and all of my close relatives are dead. I have no other means of support, and so coming out here asking for help is now my only hope of survival,” She told TSM.

“I can sometimes get shame seeing myself begging every-day from the morning till the night hours.”

“Most times it is L$200 that I can get from here after waiting and begging the whole day. Sometimes nothing at all but I still have to be here begging just to eat,” Ma Musu said.

Speaking in a very disappointed tone, Ma-Musu wants Liberians and foreign residents to help older people with whatever assistance in order to curtail the activities of usual begging carried on by senior citizens of the country.

“I’m begging other well-meaning Liberians and foreigners to please help us with whatever assistance they can provide so that we can stop begging on the streets and return to our normal lives. We are suffering and life is not okay with us.” She noted.

About a few steps away from Ma-Musu, I encountered 69-year-old Saah Boakai who can barely walk.

Oldman Boakai leaves his residence in Congo Town (5-10 mins away from where he sits) to come around the famous Vamoma Junctions at times in front of the ERA Supermarket on Tubman Boulevard to ask customers or passerby for handouts.

Boakai is a widower and a former tailor.

“I have lost all of my four children, and I feel frustrated seeing myself alive and begging to survive,” He said.

It was an incredible moment as many of the older folks surrounded me to tell their stories as I concluded with Ma-Musu and Oldman Boakai.

Some of the stories coming from these elders are terrifying and unbelievable.

Under this scrunching sun, at the Vamoma Junction, there is no tank or canopy to shield these older folks from the hot sun, but they keep standing here the entire day to get handouts is their priority.

Massa Pusa is another senior woman here who has come to beg. She’s in her early 50s. She has seven children.

“My family was diamond miners prior to the civil war that broke up in Liberia, but excluding my mother, every other family member was killed during the crisis.

“During the war, I ran away from my hometown in Lofa and I now live in Monrovia. But it is a huge disgrace seeing myself begging just to survive,” Ma Pusa said.

“My husband is 70-year-old now. He is home very sick while I come out here every morning to find food to feed us and the seven children. We are appealing to the government and other people to see the reason to please help us because we are dying slowly,” She said.

For Ma-Gormah Kollie, a very old lady she couldn’t remember her age

Like many of her colleagues here, she is a widow who has been begging for over five years. “My four children are living all by themselves because I don’t have much to support them.

“There is nothing to support them. I will cook the rice and eat it dry without soup because what I get from here after begging is not enough,” She said.

Like these older folks here, there are thousands of others across Liberia facing similar challenges and undergoing extreme difficulties, especially during the coronavirus pandemic.

Liberia is Africa’s oldest independent republic, and families must bear the burden of taking care of their relatives. Many families that can’t afford to do so end up abandoning the old folks.

There is a National Social Security and Welfare Corporation (NASSCORP), but it only serves individuals who contributed premium fees to its programmes when they were still working. NASSCORP is a statutory public trust. Its job is to administer the country’s social insurance programme for cases of lost income due to injury, invalidity, old age or death of a breadwinner.

Liberia faces a huge unemployment challenge, however. Many people hardly get a formal-sector job, so they never contribute little or no payments to NASSCORP. When they get old, the majority of people plainly depend on their families.

NASSCORP was established by law in 1975. It is designed to pay a monthly pension that amounts to at least 25 % of what a retired person earned as monthly average in their working life.

The schemes are funded by contributions from employers and employees. Of a monthly wage, 7.75 % must currently be paid to NASSCORP. The employer pays three percent, and the employee pays the rest.

To be entitled to the 25 % pension, a person must be at least 60 years old, and contributions must have been paid by both parties for at least 100 months. For each 10 months of additional contributions, the pension rises by 1 % of the average monthly income.

Liberia is a poor country, however. Incomes are low in both the private and public sectors. A retirement pension of 25% of the average former earnings is insufficient.

Apart from the NASSCORP, the Liberian Government has two other programme’s that cater for disabled people and veterans. The sad truth, however, is that neither the “Group of 77” nor the “National Veterans Bureau” make much of a difference.

The “Group of 77” was established in 1977 with the intention to cater to the needs of the less fortunate citizens of Liberia.

The organization is administered by the Office of the Vice President of Liberia, and its executive director is the spouse of the vice-president.

The objectives include assisting disabled children to attend school and ensuring that disabled people become self-supported. Due to the war, however, there are very many disabled persons in Liberia. Many former combatants have lost a limb. The majority of them now roam Monrovia and other towns as beggars. The “Group of 77” is unable to meet their needs.

For veterans from the official armed forces, the police and several other government agencies, there is the National Veteran Bureau.

On which $240,420 in 2019/20 and 285,86 this budget year (2020/2021) were earmarked for administration and management, and nothing is there for veterans’ skill training in fields from agriculture to engineering or healthcare.

Moreover, the Bureau’s target group are only those veterans who have been certified by the Ministry of National Defense. Anybody who was not in the country when the certification scheme was carried out in 2007 does not qualify.

All over Liberia, aged people have to rely on their families for care. This works out better in rural communities than urban ones where the costs of living are higher and traditional bonds are not as strong.

False, The Image of US President Joe Biden Kneeling to Chat with a Child,...