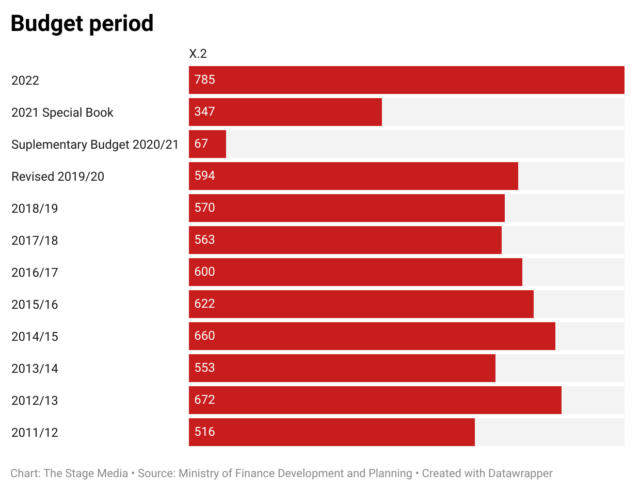 President George Manneh Weah during the State of the Nation Address
said the 2022 budget that was passed by the House at $785.6 million U.S.
dollars is the largest national budget in the history of Liberia.

The total expenditure estimate for the National Budget is 785.6 million
which is consistent with total revenue forecast for the period.

On the overall, FY 2022 expenditure estimate is 46.7 percent
higher when compared to original estimate of US$535.5 forecast for the period.

The budget passage is in accordance No. 43, entitled an Act to
Approve the National Budget for the Fiscal Year beginning January 1, 2022 and
December 31, 2022 provides for the expenditure of the Government of Liberia.

The 2022 Budget was passed into Law by the Honorable House of
Representatives on Thursday, December 16, 2021 during a Special Session and
subsequently forwarded to the Liberian Senate for concurrence.

The Budget was presented to the Legislature by the authorities
of the Ministry of Finance and Development Planning with the amount of
US$786,587,304.

The Budget fiscal measures lines in its totality captured the
following, among others, the social development funds including the land rental
fees shall be transferred directly to the affected counties, a revenue sharing
of 70-30% between the central government and the counties, cities, township,
borough for all excess budgetary revenue collection from real property
taxes.