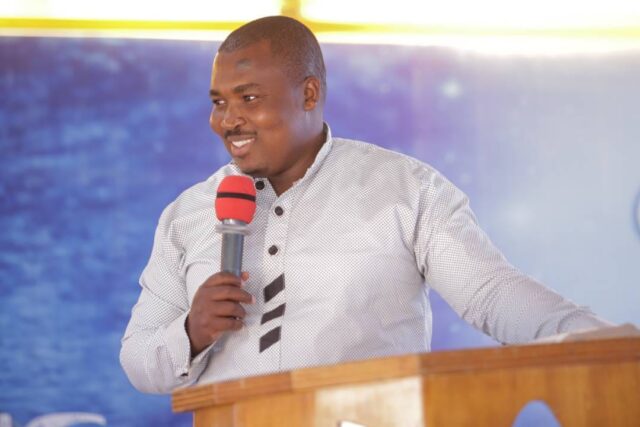 Liberia is among several countries around the world to be rated as the ‘World’s Poorest Country,’ and the country is at 8th place on the corruption index according to a Global Finance Report.

The country struggles with large disparities in access to care, health outcomes and financing across its 15 counties. While efforts are underway to increase national spending for health in the long run, limited fiscal space poses a major challenge.

A Ghanaian clergyman alleges that the church of Liberia is responsible for the massive rampant corruption in the country, and not the politicians.

Speaking recently in a three days crusade under the theme: ‘Liberia Repent’ in Monrovia, the Oasis of God Pastor Philip Macauley said, Christians hold a high percentage of Liberia’s population, and as such, they are the ones working into almost every sector of the country, and corruption is becoming a norm in the nation.

According to Pastor Macauley, Liberia’s past and current public leaders, including private institutions owners, are ‘professed Christians’ who worship in churches of Liberia, and regularly interact with the pastors shepherding said churches, yet, the percentage of corruption in the country is high and hurting the governance of the state.

He furthered that, the country is blessed with natural resources, but the ‘professed Christian leaders’ who are placed over the usage and distribution of the national resources, reportedly run the affairs of the country with dishonesty, on grounds that leaders of their congregations have failed to teach them how to fear the almighty God.

Pastor Macauley added that ‘the politicians, therefore, cannot be blamed for corruption that is swallowing the country’s future, but the church of Liberia should be held responsible because they are not telling the country’s leaders the right message that will make them fear God, for that reason the Christian leaders are corrupting the country and placing the citizens into abject poverty.

‘Whatever is happening to Liberia is what the church has produced. If the true word of God is being preached in the church of Liberia, the professed Christian leaders will have the fear of God and do the right thing.”

‘The church of Liberia is into money and competition; dressing and glorifying the buildings of the church, and not the lives of the members; the church is corrupt, and should return to God’, Pastor Macauley asserted.

Meanwhile, responding to the Ghanaian clergyman’s assertion, the Liberia Council of Churches, through its General Secretary Rev. Christopher Toe, said Liberia’s church is playing its role by delivering the true word of God to its members.

According to Reverend Toe, some members and pastors have just refused to listen and implement the word of God in the society, something he said the church cannot be blamed for.

‘The church is playing her role by preaching the true word of God to its members, so it cannot be held liable for the refusal of some of its members to adhere to God’s word;

Reverend Toe furthered that a person’s profession of being a Christian is one thing by itself while confessing to being a Christian and subjecting oneself to positive change in the mind, community and the society at large is another component that gets within a person who is truly a follower of Christ, that brings the transformation of mind, self and the society is at large.

He added that the church has emphasized that Christians are to live as a living example, stressing that God has also given every man their freedom of choice and told them to make a good choice that will reflect him in the society

‘When people look at the society and see that people, especially Christian leaders are not behaving the right way that they should behave, then the question is ask, is he or she transformed by the renewing of their mind’?

Reverend Toe however disclosed that most people failed to reflect God in their character because they most time looking at the deliverer of the word of God, instead of the person who actually has the word.

He However cautioned children of God to allow the word of God to resonant within them, so that there can be positive change seen in the community and the society.

Role of the LCC

The LCC was established in 1982 to primarily promote Christian unity, witness and service.

Throughout and following the civil war, it provided mediation, advocacy, relief, and reconciliation programs.

But the Liberia Council of Churches has in recent times been accused by some quarters of the Liberian society of been mutes in the face of reported rampant corruption in Liberia, violent activities and failure to checkmate the government and other statesmen of the country.