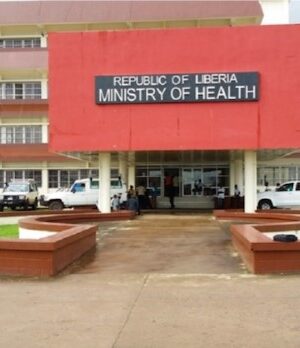 -stakeholders want the government to rally the world for support

Monrovia: Liberia’s COVID-19 infection rate has peaked quite dramatically in the last few weeks, and continues to rise.

The daily numbers are startling amid the lack of capacities and logistics at health facilities to swiftly stop the speed at which the virus is moving.

A senior medical practitioner and an impeccable source who asked not to be named told The Stage Media that the gloomy outlook of the crisis will place the nation’s health sector on the verge of collapse if care is not taken.

The source who is an influential member of the COVID-19 Incident Management System (IMS), disclosed that “there is an urgent need for higher-ups in the government to reach out to the international community for assistance as the situation is now beyond the capacity of our government.

The country has experienced a surge in cases since June, prompting the government to retighten safety measures such as the compulsory wearing of masks, washing of hands, social distancing among others.

Health Minister, Dr. Wilhelmina Jallah, last Thursday provided a miserable picture of the situation in the country at a cabinet meeting—revealing to colleagues that hospitals are overwhelmed with COVID-19 patients due to the quick rise in cases of the new variant over the last two weeks.

“The hospitals are currently full with people experiencing breathing difficulties. It is alarming to note that since the third wave began, there has been a surge in the number of cases. As we speak, public hospitals are full of patients. And there are no beds for people who have COVID-19 infections,” Jallah said.

There were a total of 85 deaths recorded prior to the emergence of the third wave.

As the pandemic rages on, Dr. Jallah has announced that hospitals are in dire need of logistics to combat the virus.

She named beds and Oxygen Concentrators to stand out among the needed logistics as an urgent priority. “The Covid-19 virus primarily affects the respiratory systems of victims and as such, the need for, and availability of Oxygen Concentrators cannot be overemphasized as these are paramount to the fight against the pandemic,”  Jallah said.

It has been reported that World Health Organization provided Liberia’s Ministry of Health with about 21 Oxygen Concentrators during the outbreak last year which is not enough, especially for the number of cases that are reported on a daily basis.

Statistics generated from Liberia’s Service Availability and Readiness Assessment (SARA+) and Quality of Care (QoC), according to the World Health Organization (WHO) in 2018 shows that only 58% of hospitals had Oxygen—a situation that has been further exacerbated by COVID-19 on an already fragile healthcare system on the back of a devastating Ebola Virus Disease outbreak (2014-2016).

According to health experts, oxygen concentrators are of extreme importance in respiratory infectious disease management. The concentrators deliver pure, high-quality Oxygen with the appropriate concentration vital for the treatment and moderate-to-severe COVID-19 patients with subnormal blood oxygen levels.

The Stage Media has established that the three primary Oxygen production centers are currently non-functional, making the situation dangerous for Liberia.

An authority clothed with the information disclosed that the centers at Redemption and ELWA hospitals were recently down and there is another center operated by a Chinese national in Congo Town that is not operational because it is reported that the operator has left the country.”

The Chief Medical Officer of the John Fitzgerald Kennedy (JFK) Memorial Hospital, Dr. Jerry Brown, at a press conference recently told Journalists that the facility is being faced with a precarious situation amid the spike in Covid-19 cases.

He spoke of the capacity and logistical challenges that JFK, the nation’s premier referral hospital, is enduring at such a critical time.

“We currently have a bed capacity of around 250 to 300 in the memorial hospital and at the maternity center, around 150 to 200. The issue of bed has become a serious problem because more people are coming to the JFK as a source of primary care even though the hospital was meant to serve as a tertiary referral health Center,” Dr. Brown said.

“I need to be frank with you; we cannot make it by ourselves. The situation has practically overwhelmed the national response team. Our leaders must act now to salvage the situation or the outcomes of what we are experiencing now will be detrimental to our survival as a country,” the top IMT source told this reporter who had called to seek clarity on the vaccine that is being administered.

The source said being a health worker she understands the health system and knows what will happen when things go off hand adding, “We cannot sit and allow our people to die when we do not have the capacities. Our President must act now.”

She wants President Weah to emulate the example of former President Ellen Johnson Sirleaf during the heat of the Ebola outbreak when she called on the world to rally with Liberia and her neighbours who were being severely impacted by the epidemic.

Former President Sirleaf in a communication informed the world that the whole world had a stake in the fight against Ebola.

Broadcast on BBC and other international outlets, Madam Sirleaf said the disease “respects no borders” and that every country had to do all it could to help fight the virus, which eventually killed 4,500 across the region with 2,200 of the deaths occurring in Liberia.

Madam Sirleaf reminded the world that the fight against Ebola “requires a commitment from every nation that has the capacity to help – whether that is with emergency funds, medical supplies or clinical expertise.”

“We all have a stake in the battle against Ebola,” she said, “It is the duty of all of us, as global citizens, to send a message that we will.”

The source said a similar appeal needs to be sent now if Liberia is to have any chance of defeating the pandemic.

“There was pouring of assistance after this call was made so why President Weah can’t do the same so that help can come. We are joking with this thing but we are failing our people gradually. We cannot make it on our own. We need help,” the source disclosed.

As the call for global aid for Liberia grows, recently the Chairman of an auxiliary of the opposition Collaborating Political Party (CPP), Byron Brown, called on President Weah to engage the world to help Liberia.

The head of the CPP Solidarity Brigade noted via his social media page, “If I were in your shoes as PRESIDENT of LIBERIA, I would have suspended my trip to France and send a communication to the world, noting that I can’t handle the current health crisis anymore due to insufficient cylinder bottles of oxygen in our hospitals and other medical equipment.

“A few weeks ago, Narendra Modi, the Prime Minister of India did that and the world intervened. When EBOLA virus disease overwhelmed our country during Ellen’s regime, she wrote the world and succeeded,” Mr. Brown said.

He warned the President that the pandemic is going to bring his government down if he’s not careful.

During his recent address to the nation, President George Weah said the situation is alarming. “This surge in cases is far more alarming than a year ago when we were experiencing the first wave, and we are told that this new COVID-19 variant is even more deadly than the two previous strains experienced since last March,” he noted.

Prior to Tuesday’s cabinet meeting, The Senate cited Minister Jallah and the Incident Management Team to appear and explain the emergency response plan of the Ministry as it relates to the fight against COVID-19.

She said in her statistical analyses before the senate plenary that the country is experiencing the third wave of the coronavirus; probably a new variant that is said to be more vicious and deadly.

The minister said in her Tuesday’s briefing that 230 healthcare workers have tested positive and six have died since the outbreak in the country.

Dr. Jallah explained that 61 cases are in the treatment unit of which 41 are confirmed, 20 suspected and 26 are critical.

She continued that 337 cases are managed in home-based care and 2,105 persons have recovered since the outbreak of the virus.

She reported that 71,334 people have received their first dose of the coronavirus vaccine, and they’re still tallying the results while 1,534 have received their second dose as well—added that there are 11,748 cumulative contacts since the new wave and 556 of them have become a case. Two-thirds of the cases are male, she said.

President Weah Claim on renovation at EBK is Overstated