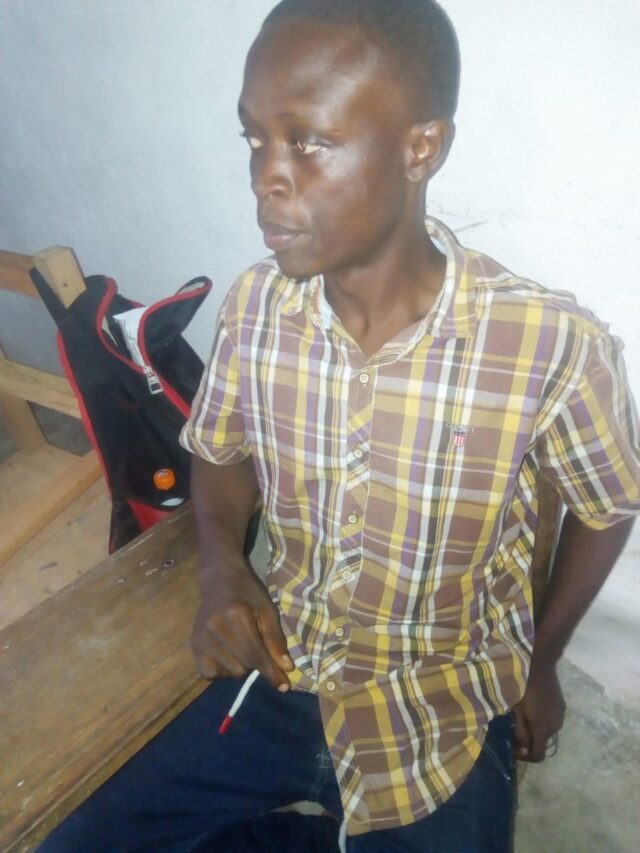 A certain quarter of the Liberian populace often believed that people with disabilities do not hold the power to participate or contest for public offices.
With such belief among the public, the constitution of the Republic and international laws has allowed everyone to contest or participate in any political and other activities, regardless of their cultural background, ethnicities, or physical state.

In fact, according to a study by the Office of the High Commissioner for Human Rights of the United Nations “Everyone has the right to stand for elections. This means that everyone can be a candidate in elections.

This report also means that a person living with a disability should also be able to contest if he or she fulfills the conditions as any other citizen.

Here in Liberia, as the 2023 General and Presidential elections draw closer, several citizens have begun to express interest in contesting and readying themselves for what is expected to be a tough political challenge ahead of the elections in 2023.

As usual, each candidate will have the chance to present their platform to electorates and convince them to pick up some votes that will lead them to the presidency or the Legislature.

Against this backdrop, The Stage Media (TSM) attention has been drawn particularly to persons living with disabilities and their involvement in political affairs in Liberia ahead of the 2023 general and presidential elections.

There have been calls for government and political parties to consider creating the enabling environment to incorporate people with disabilities to enable them to contribute meaningfully to the rebuilding process of the nation.

Adama B. Sirleaf, 30, is a visually impaired individual residing in Gbarpolu County in Western Liberia.

He intends to contest the upcoming General election as a representative candidate for one of the districts.

In an interview with TSM Sirleaf said he is an ideal choice for the people of Gbarpolu and believes he has greater chances of winning despite his disability.

His desire to contest is to represent individuals with disabilities because according to him the community has been largely marginalized over the past time.

“When I am elected in 2023, I will help the people of the county and the disable community because disable people in our country have been overlooked and marginalized and it is time we stand up.” He said.

Sirleaf says people with disabilities should be treated equally and must be given all rights and protection as being provided by the Constitution.

“I believe I will win the election in 2023, not because of my condition but I believe that my people will see what is in me,  listen to me and elect me come 2023 general and legislative elections.”

Sirleaf is currently enrolled at the Jonathan Paye-Layleh School of Journalism in Zubah town Paynesville.

Sirleaf encouraged the disabled people not to see themselves as slaves or people with inabilities; stating that despite their physical conditions, he believes they have a whole lot to bring to the table.

However, Daintowon Domah Pay-Bayee, the head of the National Commission on Disabilities says it is constitutional for everyone to participate in elections regardless of whatever conditions they are faced with.

She urged people living with disabilities to get educated and bring a positive impact to the lives of their colleagues.

Madame Pay-Bayee, who is also disable contested in Montserrado County-District 13 during the 2017 General and Presidential election but did not win before she was appointed by President Weah earlier this year.

“People with disabilities should be financially strong and economically empowered as they are, they too have a lot to help Liberia with.”

She then rubbished the perception that people with disabilities do not need to be at the house of parliament; adding, “disabilities is not inability as many believe.”

Amb. Pay-Bayee said the commission is aware of Sirleaf’s ambitions and three others, namely, Arthur Bondoe of Bong county, Joseph Varkpeh of Maryland, and Gabriel Toe of Nimba county.

Rosana Schaack, the only Liberian lawmaker with a disability says the government needs to enforce the already existing laws which give every citizen the right to fully participate in politics including the disabled.

Madam Schaack in an interview via mobile phone said if the disabled community is not represented in the legislature, she believes that there will be no laws or bills that will favor them.

The lawmaker argued that though there are laws already on the books but she believes that  not much is being done to implement those laws and make them effective and thereby increasing the participation of people living with disabilities in politics.

Madam Schaack said, “People living with disabilities must rally around one another and trust that one day they will be allowed to serve in government especially elected positions because disability is not inability”.