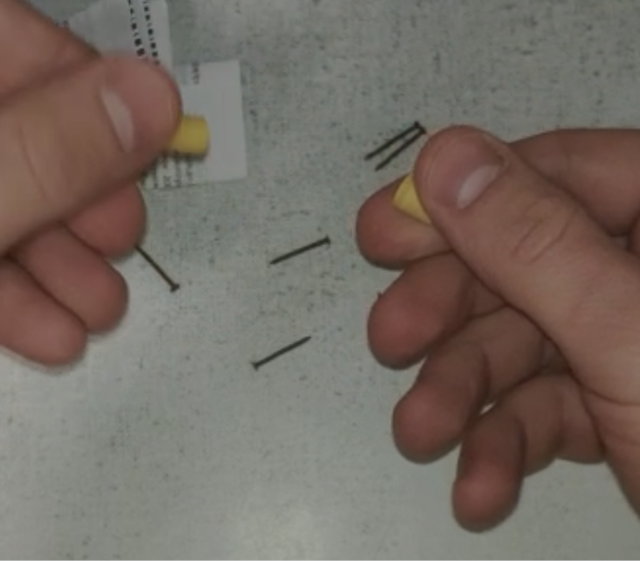 A video shared via Facebook Messenger and  WhatsApp on social networks in which a man opens a package with of a medicine ‘Enterofuril’ and nails coming out of the medicine capsule is Fake.

The video shows that the capsule box was opened before the recording. It follows from this that the author could easily open the package and replace the contents of the capsules with nails.

On the Web, you can easily find instructions on how to discreetly remove the foil from the blister, take out the tablets, and then glue the foil back without damaging it.

It can be assumed that the man was able to neatly separate the foil, replace the capsule and glue it just as neatly. “Nevertheless, the photo shows damage and there is no information whether it is possible to glue the foil afterwards as neatly as on the original package, given that the video with Enterofuril does not even contain small noticeable traces of re-sticking.

We checked the video and found out that FactCheck.kg and Stop Fake. kz has done similar research.

The drug really exists and is produced by JSC Bosnal. Enterofuril is a broad-spectrum antimicrobial drug that has a bactericidal and bacteriostatic effect against most causative agents of acute intestinal infections.

The video is real. On careful, frame-by-frame viewing, no obvious traces of video editing were found.

Search queries about people’s complaints about the presence of nails or any other non-medicinal items in this drug did not give any results.

In Kazakhstan, control over the quality of imported medicines is carried out in accordance with the Order of the Minister of Health of the Republic of Kazakhstan dated December 20, 2020 “On approval of the rules for assessing the quality of medicines and medical devices registered in the Republic of Kazakhstan. ” For all medicines imported from abroad, a notarized or apostilled copy of the GMP certificate is required in accordance with the requirements of the Hague Convention of October 5, 1961.

Conclusion: The video is Fake. The video author shot a viral video replacing the contents of the capsule with nails. The Stage Media found no links or confirmation that the author’s narrative is true.