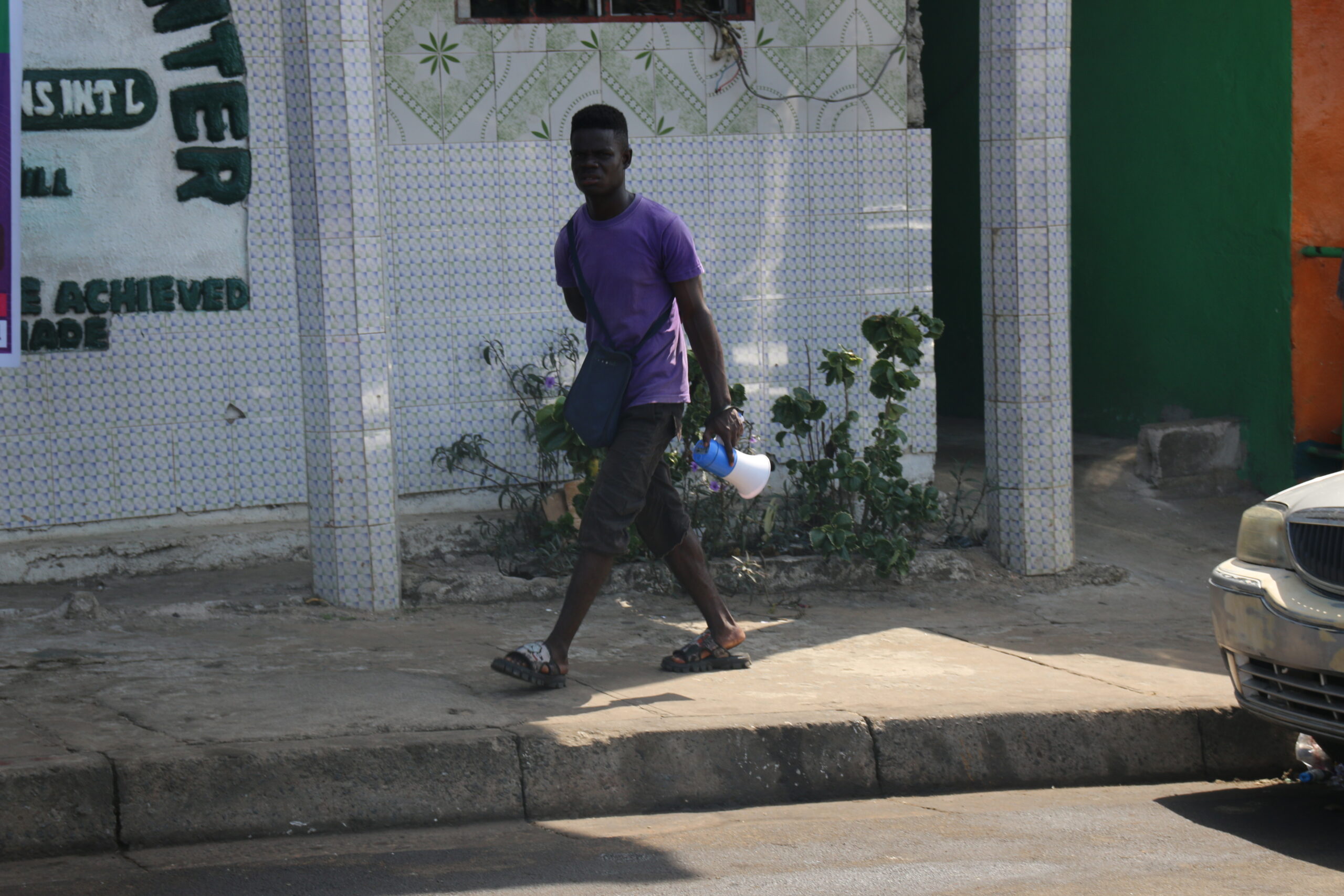 The sale of minutes and data by youths in Liberia, both males and females across the country is now a new form of employment.

Like Monrovia the capital of Liberia, nearly all parts of the country, there are thousands of young people in various locations selling minutes and data making it very

The sale of minutes and data is making it very easier for rural dwellers to have access to GSM company’s calls and internet services quicker than it was in past years.

The mood in recent times has employed approximately thousands of young people many of whom are self-supported and are living beyond the poverty line.

In 2020, the estimated youth unemployment rate in Liberia was 2.4 percent.

Unemployment refers to the share of the labour force that is without work but available for and seeking employment.

Youth unemployment and youth exclusion are among the main obstacles to development in Liberia and gender and youth are positioned prominently in the government of Liberia’s poverty reduction agenda.

According to the Liberia Institute of Statistics & Geo-Information Services One-third of Liberia’s population is between the ages of 15 and 35. Unfortunately, it is also a low-income country; with poverty continuing to constrain the number of young people who can stay in education, far too many young Liberians still face a future of struggling against a precarious existence, earning money through occasional informal employment and being left behind as the country and its growing middle-class harvest the benefits of economic development.

The country’s young population with nearly 60 percent under the age of 24- many of whom grew up during the country’s civil conflict (1989-2003).

Though some Liberians are working, the quality of employment is often low, which does not allow young people and their families to make the most of their economic potential.

In late September, the Government of Liberia through the Liberia Telecommunication and the two GSM companies operating in Liberia Orange and Lone star cell MTN decided to put an end to the famous three days unlimited calls and thereby re-introducing the same three days call with limitations.

Since then, there have been different transactions distributed between voice calls and data allowances and creating job opportunities for many young people in the country.

But with all of these challenges facing the youthful general of the population, are the young people satisfy with the sale of Orange and Lonestar minutes and data covering long walking distances, the Stage Media asked?

TSM interviewed 10 young people between the ages of 15 to 30 who find themselves transacting minutes and data as a means of survival.

According to them, there are no jobs in the country, therefore sitting back and doing nothing is not the right thing to do. They further said, had the minute transactions not come, they wonder what life would have been like for them.

Neuta Zoegar 19, is a resident of six Street in Sinkor, Monrovia. He leaves his house as early as 7:30 AM to sell data and minutes and returns at late night hours.

Zoegar said he finds no job to do other than selling minutes which he said has helped him significantly.

“I feel bad because at my age I supposed to be in school, I don’t need to be on the street selling minutes but you know right now no job in the country so I can’t just sit back and depend on my parents to do all for me, I need to hustle too and that’s why I am doing my pro-poor minutes,” Zoegar said.

“Selling Lonestar and Orange minutes and data have decreased the level of dependency on parents from their kids and other siblings. Since I started selling minutes, my mother doesn’t know how I wear clothes or even slippers; I can’t even ask them for money, so yes this minute’s business helping some of us.” He told TSM.

Apart from selling minutes, Neuta is also a nail polisher at the Old Road Market.

Strangely like her male counterparts Rosetta Cooper 21 years, sell minutes and data also. Miss Cooper said she finds it pleasing to be selling minutes because of no job.

According to her, despite the competition in the minute’s transaction, females are still striving to get to various customers in various communities and streets in Monrovia.

“With many people doing minutes transactions, sometimes they don’t realize the actual profit daily because of the competition.” She said.

“You know plenty of people are selling minutes, when you pass this way someone is there, so the competition is very high, and sometimes we can’t get the profit we can want daily,” Rosetta mentioned.

Emmanuel Sumo 22 years lives at 12 street in Sinkor. When quizzed about his current condition with trading minutes and dollars, Emmanuel had this to say: “I am a bit happy with my current status selling minutes and I am also not happy because I should be doing business than walking under the sun daily.

“But there is nothing and the country is hard, no Job so I have no choice order then selling minutes on a street,” Sumo mentioned.

He wants to be a Medical Doctor but is skeptical if his dream will come through, he treks for 11-hours daily selling minutes.

“I want to be a doctor, but how do I get there; no job, nothing to do and now, I have to end up selling minutes and dollars which cannot even sustain me.” He said.

According to him, the no job opportunities for young people have led them to sell minutes to sustain themselves and survive.

He lauded Orange GSM and Lonestar Cell MTN for introducing the sale of minutes and data locally.

“Because no jobs in the country especially for the youths, I think that’s why many of us are doing minutes business, I also want to thank the two GSM companies for at least bringing to us this minutes business because it so really helping us.”

At the SKD boulevard junction, we spoke with Moses Sam who is also a minute and data seller.

He said despite selling minutes, he is optimistic about the future and further urged his colleagues to see it as a challenge for greater heights.

“I know am not going to continue selling minutes forever, sometimes you know I feel bad selling minutes from the morning till the evening and when I see my friends going to school, I feel like I should be in school like them but no way, because my parents can’t afford to pay my school fees.

“So, right now since no job and hopes for the young people we just have to do this business, and I think we shouldn’t rely on this because one day you can’t even tell what will happen.”

Besides selling minutes and scratch cards, Sam runs a barbershop.

For Mayamu Kromah despite being a female she uses the profit to attend school.

She goes to school in the morning hours and upon her return, she takes the megaphone to do her minutes transaction across several communities covering long distances.

“Doing minutes transactions has significantly helped me especially in paying my school fees and taking money on campus for lunch.” She said.