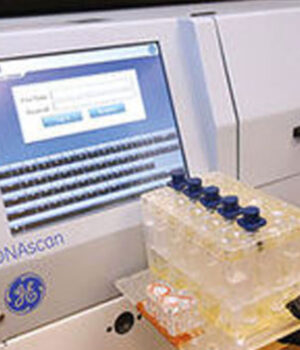 In March, The Government of Liberia unveiled a DNA machine to aid in investigating the alarming rate of Sexual and Gender-Based Violence (SGBV) cases.

Some people who posted on various media after the machine was unveiled said, “Elvin M Banwrehn-Thanks Mr. President, this is a great initiative🙏💯. But DNA machines are not necessarily programmed for rape cases, it’s for Forensic DNA testing, to detect the DNA strands similarity of individuals. It can be utilized in many ways not just for rape Only. 🙏🏼 so it will be used for many forensic testing.

“Varmah Christopher Kanneh- “This machine should not only be used for rape cases but paternity cases also.”

However, the experts (Kalilou Donzo and Dr. Moses Saye) consulted by The Stage Media affirmed that DNA paternity testing determines whether an individual is a biological parent or not.

DNA stands for deoxyribonucleic acid and it can normally be found in organs like the hair, skin, like the ears, in fact, every cell has a DNA, and in person, we can say DNA is one of the important tools to identify whether the accused has or has not to commit a particular crime as well.

So normally when you are doing DNA paternity testing, the result is zero percent when that particular child is not the biological father of the person in question and when the alleged parents have 99.99% that means 99.99% similarity in that of that particular child, that qualifies the parents to be a father or mother of Amadu A. Bah

Does DNA Machine Detect a rape?

The essence is once you have a DNA machine and you investigating a crime same as rape, you need to have somebody that is trained in forensic scientist for them to interpret what happened on the crime scene before they will know exactly how to collect the sample from the crime scene.

Normally the investigator advise the victim, so long the child is raped, they are not to bathe, clean fingernails, they are not to urinate until the examination have been taking place, one it takes place then the child that is being raped can go and do that but until that is done they have to be on the same and collect the specimen, they are not to do anything until the specimen is collected because if that child takes bath, then it will be difficult to trace the accused if the incident occurred.

Can DNA samples be collected from clothes?

Experts said although DNA sample can be easily collected from the apron, that means the clothes, the pants, yet the credibility and the chances of recovery of evidence from the victim body are higher, so it means on the victim body it’s higher to collect evidence than in their clothes, so by touching it any kind of way, the mark will leave on that victim and once they swapped it, they are going to identify the person that does it.

Can anyone operate a DNA machine?

False, Banana Does Not Prevent Covid-19

No, Man U Coach is not Sacked