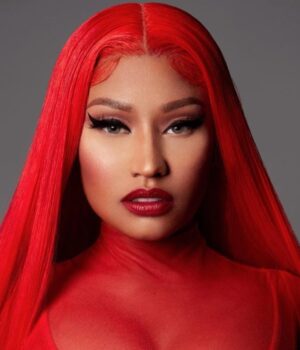 The music star wrote: “My cousin in Trinidad won’t get the vaccine cuz his friend got it & became impotent. His testicles became swollen. His friend was weeks away from getting married, now the girl called off the wedding. So just pray on it & make sure you’re comfortable with ur decision, not bullied.”

Claim: Nicki Minaj, an American-Trinidadian rapper, recently made a post, via her Twitter page, suggesting that the COVID-19 vaccine could cause impotence and swelling of the testicles.

There is no evidence to show that taking a jab of the COVID-19 vaccine could lead to impotence and swelling of the testicles.

On September 13, Nicki Minaj, a popular musician, posted via her Twitter page that her cousin had refused to take the COVID-19 vaccine because his friend who took it became impotent and ended up with swollen testicles.

She added that the said friend to her cousin was just weeks away from getting married when the incident happened, adding that because of the development, his bride called off their scheduled wedding.

In the post — which has garnered over 148,000 likes, 118,000 retweets and 44,000 comments — the rapper encouraged her followers to pray and ensure they are convinced before they take the vaccine.

The music star wrote: “My cousin in Trinidad won’t get the vaccine cuz his friend got it & became impotent. His testicles became swollen. His friend was weeks away from getting married, now the girl called off the wedding. So just pray on it & make sure you’re comfortable with ur decision, not bullied.”

Due to her status as a global pop star with far-reaching influence in countries such as Nigeria, her tweet further heightened the fears of many about getting the COVID-19 vaccine.

Her claim had come at a time when several forms of misinformation about the COVID-19 vaccine are making the rounds on social media in several countries including Nigeria.

As a result of the global impact of the virus, there has been an overwhelming amount of information on social media, websites and mainstream media about the virus with a mass audience willing to consume such pieces of information.

As with other disease outbreaks, the COVID-19 pandemic left people seeking answers to both professional and unprofessional means of prevention, symptoms, cures, and how this may possibly impact the way the world revolves.

However, the increased access to information resulted in the spread of misinformation.

For instance, In 2014 while the devastating Ebola epidemic raged in parts of West Africa, a viral WhatsApp broadcast prescribed bathing with or drinking salt and hot water mixtures as a “cure” for the dreaded disease.

Even though there was no medical basis for the claim, the “prescription” went viral enough for the government to have to officially debunk it. But that ultimately proved futile, as at least two people died and several others were hospitalized over excessive salt consumption.

The same tempo of misinformation applied to the effect of COVID-19 on Nigeria’s economy and people with influence ranging from religious leaders, among others.

Since the introduction of the COVID-19 vaccines, there have been conspiracy theories on the side effects of the vaccine on those who choose to get vaccinated.

Nigerian televangelist Christopher Oghenebrorie Okotie, who is also Pastor of the Household of God Church International Ministries, claimed in a viral video that taking the COVID-19 vaccine would turn recipients into vampires.

Also, the founder of LoveWorld Incorporated, Pastor Chris Oyakhilome, said Christians should believe in the word of God rather than in the vaccine.

Recently, some videos circulated the internet where some individuals alleged to have received the COVID vaccine claimed that when a LED bulb is placed against the spot where the vaccine is injected, it lights up. These claims have however been debunked.

Therefore, Minaj’s tweet has continued to ignite debate on the possible dangers of taking the vaccine across the world.

According to the Centers for Disease Control and Prevention (CDC), the COVID-19 vaccines are effective at protecting people against severe disease and death from variants of the virus.

The centre acknowledges that after taking the vaccine, there is a probability of developing side effects, but noted that such is only temporary.

It also revealed that common side effects of the COVID-19 vaccines on people include: pain, redness and swelling on the spot where one gets injected. It added that those who have received the vaccine may experience tiredness, headache, muscle pain, chills, fever and nausea.

“Serious side effects that could cause a long-term health problem are extremely unlikely following any vaccination, including COVID-19 vaccination,” it said.

It, however, explicitly states that the vaccine does not affect impotence and swelling of the testicles as Minaj’s tweet claimed.

It said: “Currently no evidence shows that any vaccines, including COVID-19 vaccines, cause male fertility problems. A recent small study of 45 healthy men who received an mRNA COVID-19 vaccine (i.e., Pfizer-BioNTech or Moderna) looked at sperm characteristics, like quantity and movement, before and after vaccination. Researchers found no significant changes in these sperm characteristics after vaccination.

“Fever from illness has been associated with a short-term decrease in sperm production in healthy men. Although fever can be a side effect of COVID-19 vaccination, there is no current evidence that fever after COVID-vaccination affects sperm production.”

“As we stand now, there is absolutely no reported such side effect or adverse event of testicular swelling in Trinidad or, I dare say, anywhere else in the world,” he said.

“There’s no evidence that it happens, nor is there any mechanistic reason to imagine that it would happen. So the answer to your question is no,” he said.

“There’s a lot of misinformation, mostly on social media, and the only way we know to counter mis- and disinformation is to provide a lot of correct information.

“To essentially debunk these kinds of claims, which may be innocent on her part, I’m not blaming her for anything, but she should be thinking twice about propagating information that really has no basis.”

Nicki Minaj’s tweet suggesting that the COVID-19 vaccine could lead to impotence and swelling of the testicles is false. There is no scientific evidence to substantiate such a claim.

No, Cane Juice is not the medicine for COVID-19