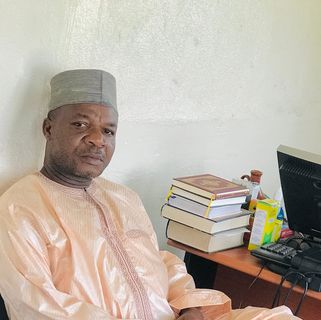 The claims from Ida Reeves, Journalist of Women TV and Spoon FM/TV-(Fabric ) that “Liberia will not experience peace if the government refuses to grant Muslim National Holiday,” Chief Iman Ali Krayee says.

Please note, the Imam Krayee has never made such comments. This is false.

Imam Krayee made remarks on Sunday, May 16, 2021, at a program marking the official celebration of Ramadan Day Dinner organized by the Monrovia City Government held in Monrovia.

The Stage Media, Liberia’s first media specialized in verifying the facts in the country, obtained the audio and the claim attributed to Imam Krayee is False.

In the recording, the Islamic clergy said, “Inshallah, come next Ramadan, Muslim will have a holiday in this country…”

He continues, “We will get our rights next year, inshallah.

There is no record of the claim by Journalist Reeves attributed to the Islamic clergyman.