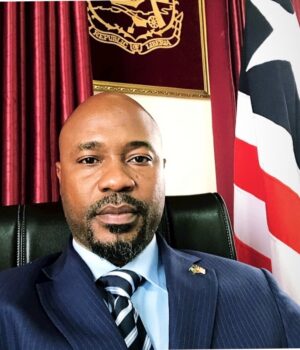 Claims: National Investment Commissioner, Molewuleh Gray made several claims when he appeared as a guest on Okay FM, January 13; He said there is investment progress under the regime of President George Weah.

He partly agreed that some of the agreements are of the past administration, “We have the rights to negotiate and not to negotiate.”

Of the claims, TSM research established some claims are Unproven, Untenable and Incorrect, while some are True.

Golden SIFCA “is a 34 Million contract and will provide 700 jobs to Liberians.”

Verdict: The contract amount is debatable, and the jobs provided by the company are untenable.

Verdict: Incorrect, Hummingbird is not a new company and 3,500 jobs stated by the NIC commissioner is Incorrect though 3,500 jobs are seen in its statement.

Claim: Traffic Management: “20 Million contract and 500 jobs will be provided to Liberians.”

Verdict: It is Untenable/ Unproven- on the contract amount and jobs being provided by the company as there is no record of what the company does.

Claim: Fouta Corporation: “It is a contract of 25M contract and will benefit 700 Liberians”

Verdict: Fouta Corporation is an old company and it’s not new, also, the amount of job created is debatable, and the contract amount has not been seen.

Claim: “You can attract an investor, but you need to retain it, the Government is heavily into investment retention”

Star Cement: “41.4M contract that will provide 500 jobs for Liberians”

Verdict: The claim is Unproven/ Untenable

Claim: The number of jobs mentioned is strictly created for Liberians, though ex-pat can come we do not focus on them.

Verdict: False, the contracts we have seen so far has not distinguished jobs for Liberians or an ex-pat.

False, the photo on social media is not Samia Suluhu Hassan, with her daughter