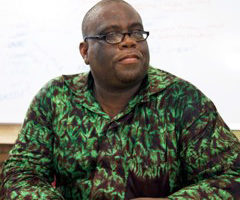 Monrovia — The former Director-General of the National Public Health Institute of Liberia (NPHIL), Dr. Mosoka Fallah has blamed the increases in the number of Coronavirus cases in Liberia and other countries on the African continent on the alleged “inequitable distribution” of Covid-19 vaccines and the failure of some authorities to continue to remain drastic on health measures instituted to contain the spread of the virus.

According to him, the increase in the number of Coronavirus cases in Liberia remains threatening to the country and its citizens.

He observed despite the outbreak of the pandemic in Liberia, the government relaxed its previous measures issued to contain the Covid-19 a move that also gives rise to an increase in social gatherings, including the playing of soccer matches, among others.

Dr. Fallah made these comments when he appeared as a guest on Spoon Talk on Spoon FM107.5 over the weekend.

“Covid is threatening our country; we are now reporting one of the highest cases in West Africa. Many of us felt that Africa and Liberia is one of the countries that could escape Covid during the first and second waves”.

Quoting statistics from the World Health Organization (WHO), Dr. Fallah disclosed that though many of the Western and Latin American countries have escaped Covid, the virus has increased up to 25% in Africa within the last six weeks.

He emphasized that about 21 countries in Africa have been hit with Covid-19, with about 10 African countries, including Liberia being affected the most.

According to him, about 202,000 cases of Covid remain on the African continent.

“We are seen deaths in many countries. When it comes to West Africa-Liberia so far has the highest number of cases. Covid has hit us as a country and continent and we need something to do to bounce back”.

He disclosed that most governments across the region felt complacent and reluctant by relaxing measures previously instituted to combat against Covid-19, including lockdown and closure of borders after cases of the virus were gradually declining in their respective countries-a move that Liberia is of no exception.

Dr. Fallah pointed out that Liberia and other countries in Africa did not effectively carry out testing on citizens and others within the communities.

He disclosed that Covid-19 testing should have been extended to the locals at the community level in a bid to help contain the spread of the virus.

“This is not unique to Liberia-Many countries resulted to only test incoming and outgoing travellers because of limited resources and testing, But what we did not do effectively in Africa was to go back and at least randomly try to test communities to see the extent of the outbreak in the communities”.

“You and I know that travellers are just a fraction of the population. And as we were picking one or two cases among the travellers, many parts of Africa were only testing travellers coming into the country”.

Dr. Fallah furthered: “Africa has 1.3 billion people; there have been three billion vaccines distributed in the world. And Africa has gotten 1.5%. Every 100 Africans, one person has access to the vaccine”.

Dr. Fallah stated that Liberia, with a population of more than 4.5 million people, received only 96,000 doses of the Covid-19 vaccine which cannot cover the population of the country’s capital, Monrovia.

He emphasized that the inadequate distribution of the Covid-19 vaccine between African and western and European countries remains a major issue that should be properly addressed if the pandemic is to be totally eradicated.

Speaking further, Dr. Fallah observed that the new variant of Covid-19 in Liberia and other countries comes in the wake of the amplifying of social gatherings, general public fatigue and relaxation in previous actions initiated including compulsory mask-wearing in public, social distancing, among others and the decline in multiple interventions.

According to him, the new Delta-variant of Covid is said to be almost 30 to 80% transmissible.

He indicated that the current outbreak remains a major amplification of the transmission of the virus.

“Right now, if you look at South Africa, Uganda, Namibia, and Liberia we are in a situation where we have a major outbreak in our hands with a massive community transmission. So at this stage, we got to do something to bend the curve so that we can be able to stop this rest in peace on Facebook”.

Dr. Fallah further called on the government to find the “potential sources” responsible for the new outbreak of the pandemic in Liberia.

He maintained that these “potential sources or carriers” must be unearthed to ensure that they are separated from the entire population.

He claimed that the possibility of people who are Covid-19 positive moving from one place to another affecting those who are susceptible or likely to get affected cannot be overruled.

Dr. Fallah pointed out that identifying the sources or carriers and protecting the “susceptible” should be prioritized before “talking about the vaccines”.

“We don’t know the positive extent people are moving from place to place. How do we find the sources-the first and foremost place in all outbreaks around the world is that people tend to go to clinics, hospitals, prayer groups maybe at times traditional leaders”.

“Our first goal is to go and educate those people very, very effectively. For most of us in Liberia, our health-seeking behaviour is not to go to the hospital when we are sick. We try to find a nearby drug store. We need to work with those people and educate them”.

He noted that health care providers across the country must be worked with and engaged in simple languages.

He stressed that people who are sick must be sensitized at the individual level and encouraged to report themselves for testing.

By doing that, he maintained that the potential carriers will be identified, but confirmation will require rapid testing with innovation.

Dr. Fallah, however, called on Liberians to desist from the negative perception that the virus does not exist in the country.

According to him, all Liberians should believe that the virus is real.

He, however, stressed the need for the inclusion of citizens with the requisite expertise to help combat the virus.

“We are tap on the resource and resilience of our people and see how best we can defeat this virus. We need to stand and intervene in mobilizing our communities.”

This story was lifted from Opera News

Beware, the Website Promising Scholarships at the University of Oslo is a Scam!

Hoax: The website promoting MTN Free Data is a scam