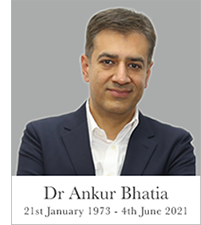 -As Liberia’s Diplomatic Mission
In India shuts Down

Liberian students in India are left alone to struggle in processing their documents or are forced to return to Liberia or Ivory Coast to renew their travel documents to continue their studies in that part of the world.

This is because Liberia’s diplomatic mission in India came to a shutdown on June 4, 2021, after the death of its Honorary Consulate General, Dr. Ankur Bhatia.

Since his appointment in 2016, the late Dr. Bhatia according to our investigation operated the country’s diplomatic Mission from his private Roseate Hotel & Resort.

The Stage Media (TSM) investigation unveiled that even the staffs who worked with deceased Liberia’s Honorary Consulate General were all Indians making it difficult for Liberians in India to freely communicate with them.

When he was serving in that position, Liberians had difficulties smoothly reaching out and now that Dr. Bhatia is dead, the situation has compounded and become complex thus creating more difficulties for Liberians in India leaving a huge effect on the student community.

The issue of a visa renewal is one of the many challenges being faced by students and this effort should have been done with the aid of the Honorary Consulate General.

Student Patient Tokpah (not her real name) told TSM that she went to northern India back in 2017 to study Bachelor in Agriculture and graduated during the heat of the COVID-19 virus in 2020.

According to her, upon her graduation, the country was locked down due to the increase of the virus so she couldn’t travel back home.

She said while awaiting the country to reopen its borders, her sponsor suggested that she registers for Master’s courses in Public Health which she immediately took advantage of.

Student Patient said she did apply for an extension of her residential permit commonly known in India as the Foreigners Regional Registration Office (FRRO) through the immigration service and her request was approved.

She said, “I paid the money to the immigration service and got a year visa that was to be renewed the following year.”

Indian FRRO is mandatory to be renewed yearly.

To renew the document, the following year, she said surprisingly she was asked to leave India in 30 days or risk being fined by the country’s security or live illegally.

“Those people told me to leave the country and reapply for a visa if I want to return and end my study,” she said.

“I do not have money for the said process because I am supported by an Indian family. The only option that was given me was to contact the diplomatic office,” Patience told TSM.

She furthered, “When I went to their office, they requested me to go to Delhi [India capital, at 28.61°N 77.23°E] which I did, but the immigration office there asked me to contact the Consulate General. When I got at the hotel that morning, I was only told that Dr. Bhatia died five months ago and the new management has nothing or no information about
Liberia’s diplomatic mission.”

Appearing frustrated and not knowing which steps next, the student narrated, “The news was so heartbreaking for me that I lost hope because I cannot do anything as an individual. So I had to leave my study and travel out of the country after spending a year during my
Master’s studies in Public Health.”

Student Patience said what pained her the most was that they allowed her to pay money to expand her stay when they knew it was impossible but sadly, she had nowhere for redress or help.

Not only student Patient is hurt by the nothingness created due to the death of Dr. Bhatia. Other students who are studying various courses in India have also expressed how frustrated they are as well.

Hasipha Tarpeh Jr., a student of the Ludhiana College of Engineering and Technology in Punjab State is one person who is broken down due to the absence of the Diplomatic mission.

He told TSM that the absence of the Liberian Diplomatic mission has led to harassment and intimidation from Indian authorities (police and other security apparatus) either at their various schools or when walking in the streets.

“It is disappointing that since the death of the Liberia consul general in India, the government is yet to have him replaced,” Tarpeh said.

Tarpeh disclosed, “ The renewal of a passport is most often difficult as students need to go directly through the immigration or the various school’s authorities who normally charge exuberantly.

Many students do not have a sufficient idea of the importance, duration, and set fees for said process, as such, they are intimidated by securities. And this is where the absence of a functioning consulate is detrimental.”

He added, “In some instances, students are forced to go back to Liberia or ivory coast to get their visas renewed, some even get prevented from leaving when visas have expired.”

He described the current saturation as a total disservice and neglect to Liberians who are in India adding, “why it is true that due to some diplomatic arrangements, the head of the consulate may
be a foreign national, but it is important to have an inclusion of Liberians as
part of the consulate; those Liberians too, while serving this diplomatic
mission can have their first-hand encounter and experience of the livelihood
and provide recommendations and proper guidance to fellow Liberian students studying in India.”

With the concerns of Liberian students in India, our reporter contacted the Ministry of Foreign Affairs Communication office requesting that Emmanuel Mensah who works in said office speak to the student’s concerns but he told TSM, “Hello Hannah, I have no authority to speak to that issue as per my TOR. Thanks.”

TSM requested that he refers the communication to the relevant authorities by providing WhatsApp or email addresses for those who have the authority to address the matter, but Mr. Mensah after reading the communication has refused to provide said information.

TSM also contacted Dee Maxwell Saah Kemayah, Minister of Foreign Affairs on WhatsApp but after reading the message he refused to reply.

A follow-up was also made which the Minister read but did not also reply to.

“I am following up on my earlier message sent inquiring about the Liberian Consulate general.

Good day Minister. I have been able to establish that the Liberian diplomatic mission has been shut down since June of 2021 after the death of its Honorary consulate general; is there a plan to reopen, and if yes, how soon? Information gathered disclosed that the Consulate General Ankur Bhatia was an Indian and all those who worked with him were also,

how true is said information; if that is true, is there a plan to bring some
changes into the process?

As the Indian Embassy opened in Liberia, how is the flow of diplomatic information since there is no Liberian office in India? I await your timely response.”

In recent years, India has attracted more Liberians to study in their country.

To date, India has about 800 Liberian students in over thirty-six of its universities.

As it stands now, renewing a passport requires an individual’s effort, or traveling back to Liberia is an option if you are to continue your studies.

Liberia and India have had a diplomatic relationship since 1984. The Indian government has been represented in Liberia through its embassy in Abidjan, Ivory Coast, and an active honorary consulate in Monrovia.

Recently, the Indian government opened its fourth embassy in Liberia putting the country among Sierra Leone, Sao Tome, and Togo.

But with the establishment of the Indian embassy in Liberia, the country’s diplomatic mission has been shut down for almost a year now.

Sarphus D’ Savage Is Not Dead

Fact Check: The Central Bank of Liberia has not minted coins in L$25 and...