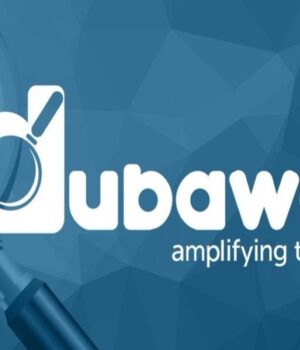 DUBAWA, a fact-checking initiative of The Premium Times Centre for Investigative Journalism (PTCIJ), is set to launch operations in Sierra Leone. The move is part of DUBAWA’s efforts to combat the menace of misinformation and disinformation in the West African region.

With a fully established presence in Ghana and Nigeria, this move aims at upholding truth and accountability through fact-checking in Sierra Leone; re-institute the culture of truth and verification in public discourse and journalism through strategic partnerships between the media, government, civil society organizations, technology giants and the public.

The initiative will be launched in a flag-off event that will take place on July 13, 2021, at the Country Lodge Hotel in Freetown. Sierra Leonean Minister of Information, Hon. Mohamed Rahaman Swarey is expected to grace the occasion as a guest speaker.

“We are super excited at this development, which is one element in the broad mission of Premium Times’ strategy to help deepen the primacy of ethics in governance, in policymaking and in journalism within the ECOWAS subregion,”  Executive Director of PTCIJ, Dapo Olorunyomi, said.

As part of activities for the official launch, Dubawa will also train journalists and bloggers in fact-checking skills, digitals tools, Right to Information laws and data journalism.

“We are setting up shop in Sierra Leone with the hopes of tackling misinformation and disinformation through rigorous fact-checking, media literacy and research,” Oluwatosin Alagbe, Programme Director of PTCIJ also said.

With plans already underway to establish a presence in other West African countries, DUBAWA will also extend fact-checking training to journalists in Gambia and Liberia to equip them with skills in fact-checking and verification.

DUBAWA is Nigeria’s independent, transparent and non-partisan verification and fact-checking platform, initiated by the Premium Times Centre for Investigative Journalism (PTCIJ) in 2018.

Dubawa aims at instituting a culture of truth and verification in public discourse and journalism through strategic partnerships between the media, government, civil society organizations, technology giants and the public.

Since 2019,  Dubawa has been holding successful annual fellowships for journalists, fact-checkers and researchers in The Gambia, Ghana, Liberia, Nigeria and Sierra Leone to equip fellows with skills in fact-checking and verification in combating the widespread regime of misinformation in the West African sub-region and to also contribute to knowledge around information disorder in the subregion.

For more information about the Fellowship, contact us: [email protected]

False, Hushpuppi is not in $400K Fraud While in US Prison

“The bill made me leave the hospital”