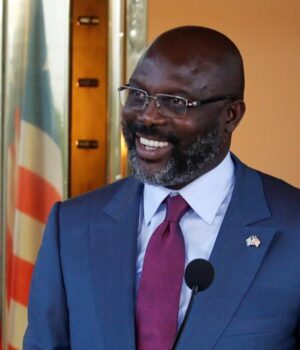 It is the last fiscal year recorded the highest level of domestic revenue performance since the end of the civil conflict. We are all encouraged and challenged to sustain these efforts.

On November 18, 2021, President Weah submitted a draft national budget for the fiscal year 2022 to the National Legislature. This marks a significant transition from a fiscal year starting in July of one year and ending in June of the next. Now the fiscal system aligns with the calendar year (January to December).

Verification: The review of the national budgets shows that in 2015/16 the performance of domestic and external resources was over 1 billion United States Dollars.

During FY 2015/16 there was an approved budget, revised budget and an actual budget which sum to over 1 Billion USD

“Note: This isn’t the first time we’ve attracted over a billion dollars in domestic and external sources. This feat went unnoticed or somewhat got lost in politics in FY2015/16 when the past administration attained an outturn (actual) of US$1.3 billion when I served as Finance Minister.”

Conclusion: The claim by President George Weah that the 2021 budget recorded the highest domestic and external resources since the civil war is FALSE.