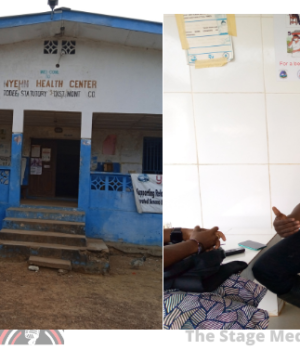 Using traditional herbs has previously been discouraged due to their harmful nature.

Herbalists do not have an exact measurement of the herbs they administer; that sometimes leads to health complications or death.

The new policy is to replenish drugs that will be served to patients accessing the health centers and address the shortage of drugs at public health facilities.

She said unlike previous years when Liberians were provided free medication at government run-health centers, patients accessing health facilities will now be compelled to pay money or provide cards before getting treatment

Drug Revolving Fund (DRF) is a system where the revenue generated from the sale of drugs to patients is used to purchase new drugs and ensure availability, an effective and efficient system.

DRF is also seen as a cost-recovery or “user fee” system to ensure that drugs are made available and affordable in public health care facilities.

With the huge economic challenges, many Liberians do not have the financial capacity to purchase drugs which have resulted in a speedy return to traditional herbs since the introduction of this new policy.

The Nyenhn health center in Todee, Montserrado county is currently being used by the government as a case study for this new policy.

The Stage Media (TSM) took a keen interest in investigating the health facility status and its accessibility to residents since the introduction of the policy.

Nyenhn health center, being the only referral health facility in Todee, has an entire casement population of over 12,288 mostly women and children; with four certified midwives (CMs) and seven registered nurses (RN).

The facility which also provides basic healthcare services to surrounding communities, as well as counties and four other clinics, is confronted with the lack of drugs.

“The day before yesterday I  took my grandma to the hospital, they broke the malaria medicine into two and give us half to give it to my grandmother who is over a hundred plus because the man told us that the medicine was not plenty,” Tenneh Kollie told this TSM.

She further: “They gave us paper to go buy vitamin and other drugs after spending plenty money;  I cannot even go back there, because I do not see any reason of going there when they will make you spend money and not give you drug, so it just good you go look for the country medicine you drink it. I think that will work.”

Ma Zoe, a resident also expressed disappointment in the lack of drugs at the Nyenhn health center. “I stopped going to Nyenhn hospital for a long now because of the same lack of drugs,” she added.

Ma Zoe who claimed to suffer from pressure said she usually goes to Monrovia to access treatment saying:  “What makes me stop going there is that any time you go there, they will take your money and give your paper to go buy medicine because no drugs that are the song they usually sing.”

While many are frustrated over the lack of drugs at the facility and no longer see it fit to access the facility, some are still willing to give it a try.

“For me, I can still go to the hospital to do my test; then they will give me a paper for me to go buy my medicines,” said  Mary Taih.

Mary, a woman believes to be in her middle 30s said: “I go to do my test to know my status, and buy medicine as prescribed by nurses rather than just using the traditional herbs.

Explaining the drugs issue at the facility she said, “sometimes when they give us the paper, some of the doctors and nurses will usually call us on the side to buy the medicine from them which we do because we want to get well.”

“The people (nurses) can tell us that they used their own money to buy the medicine to sell to patients as a means of encouragement to often visit the medical facility when sick,” Mary disclosed.

“For me, I do not want to lie, when I am sick I can go pick my medicine because I do not have money; when you even go to the hospital,  they will ask you to go buy medicines and I don’t get money,” Ma Yarmah said.

“The people can tell us that they are not the government, so that is why they can give us paper to go buy our own medicine,” Ma Yarmah, age 40 said.

Confirming the situation, the Officer-in-Charge of Nyenhn health center said this is because of the lack of drugs at the health center.

Esther Saiylee admitted that most times patients are given prescriptions due to the lack of drugs at the facility and because of this, people get frustrated and decide to sort other means.

“Patients are not coming like before, the reason is each time they come we give them a prescription and here we are in the rural area, so the drugs we even prescript for them, they cannot be able to get it which is the reason some of them are staying away,” Saiylee said.

Saiylee said the lack of drugs coupled with the new policy is not only making citizens revert to using traditional herbs but has also affected the number of patients attending the facility.

At the moment she said, they are not admitting patients at the facility due to shortage of drugs and equipment instead they are only doing ‘short stay.’

According to Saiylee, the new policy is yet to take effect as she was told there is an engagement with community leaders and other people to be able to settle down on the fees to be paid by each citizen.

Contrary to the government setting fixed fees, Blamah said under the new policy it is the community that will be deciding the amount to be paid by the patient upon visiting the health facility.

Before the introduction of this new policy, Blamah said: “there was a meeting held with commissioners, town chief, community leaders, and stakeholders in the sector in which it was agreed that citizens pay a set amount to contribute to the drugs situation facing the health facility.”

Blamah said it was agreed in the meeting that these community leaders that attended the meeting will go back into their communities and informed their people about the new policy after which the funding that will be collected will go towards the purchase of the first set of medicine for the facility, but say they are yet to hear from the district leadership on the outcome of the meeting with the community till date.

“Though we considering low-income citizens, health is key, and it is not free. So, it is not only government that should provide the funding.

The world health organization is sending the program drugs, but for the essential drugs and other things to keep the facility running, funding is not coming forth from government, it is based upon this that the partners suggested that to address these things, we should go to the drugs revolving scan,” he explains.

According to Blamah, citizens are reverting to the traditional medication because they are frustrated over the fact that they are not getting the needed health services something he claimed this new policy will address.

“When people come to the health facility after passing through all the processes and paying money in the process, at the end of the day, you give them white paper to go and buy drugs, they become frustrated and may not want to come back to that facility, but if people come to the health facility and pay hundred Liberian dollars and get the needed services it will be better than carrying prescription,” Blamah noted.

Lawrence Morris, Todee District representative welcomes the new policy but has a different thought about it due to the timeliness.

“The drug revolving fund is a good thing, it is something that should have been instituted in the first place, so revolving it now, I believe there should be some other ways,” Morris said.

Morris furthered:  “Instead of having fixed fees, there are people who go for bigger healthcare issues and people who go for fewer issues, so if you say a fixed fee in my mind that’s a comfy way of running the show, that everything is just at an equilibrium.”

He disagreed with the government’s approach of attaching a fixed fee across the board for all citizens to pay under the revolving scan rather there should be a category of payment.

“People who went for operation cannot be the same with people who go for headache. For instance, people who are going for real health issues cannot be paying hundred Liberian dollars compared to people who have to go for a running stomach. There should be a cutoff point to say this group of people we will treat them for free, but from this, there will be this fee attached because it is cost-intensive,” Morris mentioned.

Morris believes there is still much needed to be done especially with regards to creating an enabling environment where citizens will have jobs to earn before coming up with such policy.

“The health partitioners and we (lawmakers) need to sit down and see the risk, at the same time, the needs and affordability because we want to ensure it is economically suitable otherwise the people will revert to traditional herbs like they are already doing.

He added, “We will not get them to come to the facility first of all the people walk into the health center and you charge them, they cannot afford it so they will leave and never come back.”

According to the World Health Organization (WHO) Constitution (1946) envisages the highest attainable standard of health as a fundamental right of every human being.

WHO said understanding health as a human right creates a legal obligation on states to ensure access to timely, acceptable, and affordable health care of appropriate quality as well as to provide for the underlying determinants of health, such as safe and potable water, sanitation, food, housing, health-related information and education, and gender equality.

This story is done with  funding from the Centre for Journalism Innovation & Development [CJID] collaboration.