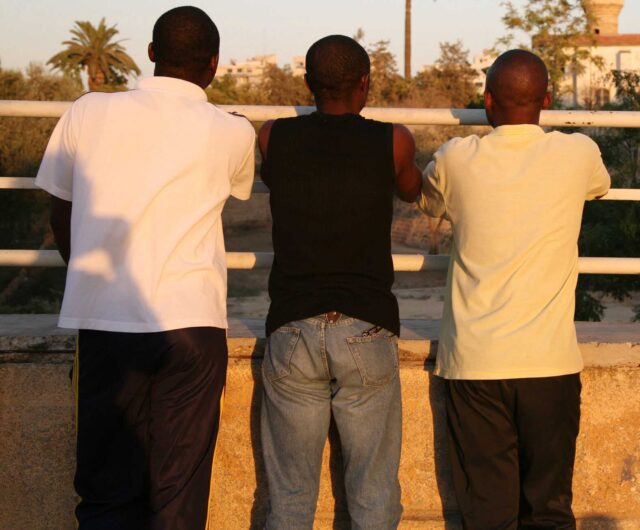 Multiple anonymous sources in Cyprus, have informed “The Stage Media” that Liberian students who have travelled to the country in search of quality education are currently been forced into extremely harsh conditions due to the high cost of living.

Cyprus officially called the Republic of Cyprus is an island nation in the eastern Mediterranean Sea and is located south the third largest and third populous island in the Mediterranean and is located south of Turkey, west of Syria; northwest of Lebanon, Israel and Palestine; north of Egypt; and southeast of Greece. Nicosia is the Country’s capital and largest city.

Cyprus has barely being a place of travel for Liberian students until the near end of 2020 and the beginning of 2021 when various online sources began announcing scholarship in the island nation specifically for South-Saharan Africans.

This pronouncement arguably drew the attention of the youthful population of the young Liberians who applied for financial aid and scholarships to be schooled in Cyprus.

According to information, local scholarship assistance consultants or agents believe to be connected to the schools in Cyprus formed a chain of schemes to link Liberian students to the universities in Cyprus.

But some of those who served as agents or scholarship assistance consultants did not have a fair conversation with dozens of the young people who were desperate to depart for Cyprus for quality and professional studies.

Scholarship assistants according to our sources misled many students from Liberia, promising them(Students) that the cost of living in the island country (Cyprus) is not high, there job opportunities for foreign students and that the scholarships were 100 percent but those termed out to be totally false.

“Many of them are in school but the coming semester in September this year might be tough for them as the anticipation of having a job in Cyprus to sustain them moving forward is rare.”  One of the sources said.

Some of the Liberian students in the Turkish Republic of Northern Cyprus told TSM that it is not safe economically for self-supported foreign students and it is a very difficult terrain that requires a full sponsorship from back home before self-survivability coupled with schooling can be guaranteed.

TSM also gathered that many international students mostly are encountering a lot of challenges due to miss or disinformation passed on by the scholarship agents.

“They arrived in Northern Cyprus with the hope of working to pay their fees after been put under an unrealistic impression by impressionistic so-called agents who came here too as the result of the same lie they are sharing to the newcomers.” Another source said.

One source particularly mentioned that “they (agents) are lying to students back home (in Liberi) about working and at the same time going to school as the only option to raise funds to pay their school fees and accommodation fees as well. They charge those students back home exorbitant fees for scholarship applications, which anyone can equally go online to apply and is accepted in less than three weeks due to underlying interest schools here in Cyprus have in students.”

Through the Ministry of Education, the Liberian government has laid down set rules that those serving as agents of the scholarship schemes in several foreign countries should follow to regulate the ongoing unofficial process that may risk the students.

The Ministry warned that all personal, academic and financial documents for the scholarship must be copied and sent to the Ministry of Education for authentication. All standardized and final interviews must be administered in collaboration with the Ministry.

The Liberian government continues that fees charged will be agreed upon by the Ministry of Education.

According to the Ministry, private institutions involved in the provision of scholarship governance service must obtain a sectoral Clarence from the ministry and that the Liberian National Police and the Immigration Service and all universities will be informed about the new procedures.

In an interview with TSM, Deputy Education Minister for Administration Latim Da-thong said the decision of the government is not meant to deprive Liberian students of obtaining foreign scholarships but the proper channel must be followed to get the students on the safe side.

“Recently there has been a huge migration of Liberian students leaving for Cyprus, we received some concerns and we decided to look into it. The more we look into it we started to find out that most of what was going on was misleading. It was also a way that groups around town have found a way of commercializing scholarship opportunities, making money from our young people, deceiving them and then once they get overseas they are met with the harsh realities.” Minister Da-thong said.

“During the meeting with the stakeholders, we invited everyone who is providing scholarships in Liberia not just the Cyprus group because we have now established new procedures going forward interns of how people can actually do scholarships-related issues. Everybody came, we had people from the British embassy and others that showed up to the meeting and explained to us how their scholarship program runs.”

Minister Da-thong clarified that the Liberian government is in no way trying to prevent anyone from going overseas to study.

“We want to make something clear the Liberian government is in no way trying to prevent anyone from going overseas to study. That’s not our intention. We intend to ensure the process is guarded, supervised and Liberians who are going overseas are going with the knowledge of the government even though the government is not taking responsibility for the interns of finance but we want to know where every Liberian is, what they are studying and just in case anything goes wrong we can be able to account to the Liberian what happens to any of our citizens outside the country.” The Minister said.

“One of the things about this Cyprus program and other eastern European programs is that they will tell you when you get there you will get 80% scholarship, you will get a job and you will be able to work. That is simply not true, it not easy to find a job in Europe and many of our young people get there and meet different realities.”

“We have written the immigration boss already and asked him to circulate to information to all border crossing points also that any Liberian leaving the country as of this Monday if you are going oversea to study the expectation is that you have a letter of attestation with your documents from the Ministry of Education before you will be able to leave the country.” Minister Da-thong furthered.

The Federation of Liberian Youth (FLY), the umbrella youth organization says it welcomes the ministry’s decision but expressed disappointment over the action of the ministry to cite stakeholders leaving FLY out.

FLY’s President Amos Williams told TSM that his institution is concerned about what mechanism has been put in place and how the ministry will build public confidence so that those young people looking for their own scholarships will have trust in the rules proposed by the Ministry.

“We want to know what mechanism has been put in place, and how is the ministry going to build the public confidence that these young people who are looking for their scholarships when they come to the Ministry of Education they will have easy access to obtaining their scholarships and can be able to go for their studies,” Williams said.

“The young people are a concern because over the past times some of them have had the opportunity to get scholarships and they were been rob by some public officials due to some other reasons. I think their concern is how they can be protected while the Ministry tries to find a smooth way in the wake of the ongoing challenges they are faced with.” He mentioned.

“The step taken by the Ministry to put out a public notice is laudable and in the right direction however there is a need for an inclusive stakeholders engagement and that the ministry needs to open the process to bring the rightful stakeholders on the table so that at the end of the day young people can build confidence in the process,” Williams told TSM.

As it is right now with the steps taken by the ministry, it needs to be clear, who are the stakeholders they are going to be working with, how transparent is the process going to be so that at the end of the day young people can go to the process after finding their scholarships can go through proper vetting and will be able to leave the country for foreign studies.” Williams noted.

“It is not just Liberia but illegal migration is taking a high spree now on the continent of Africa only because our leaders on the continent have lost the trust and confidence of we the young people. Young people don’t seem to believe in those presiding over the states in Africa.”  Williams said.

He mentioned that young people’s risky ventures should serve as a wake-up call to African leaders to do what is in Africa’s best interest.

“From where we come and with the population we have in Liberia, our leaders need to do more. It is not just to make a pronouncement that we have free education but it is making the classroom-friendly for young people to acquire quality education. It is about providing the right and qualified teachers, increase the budget for education so that the Ministry of Education can be able to meet the needs and current-day reality of the educational system of our country.”

“Shockingly, we will be at the point where we have our young people leaving in their dozen daily to go to Cyprus; we are a concern and we want to call on the Ministry of Education to do the right thing by widening the engagement exercise so that we can have all believing and trusting the process.” He said.