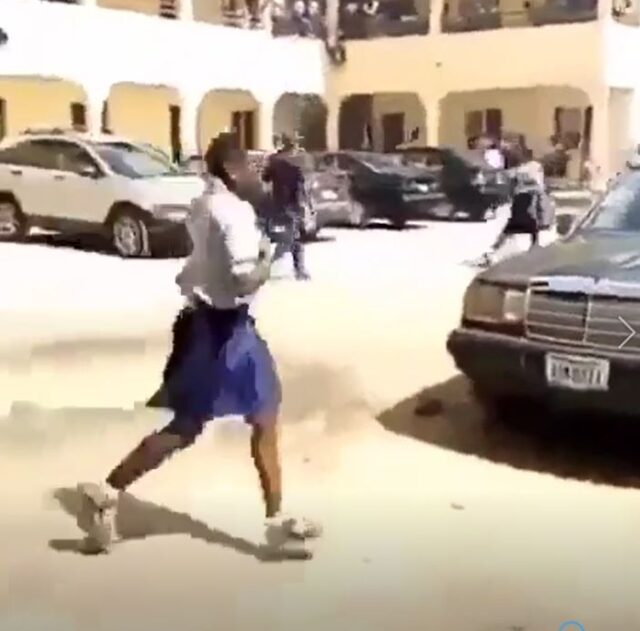 A social media viral video showing students jumping from a school building because of fear of the Covid19 vaccine is Fake.

“As it occurs this morning these children are running through the school window because the people have come to give them the vaccine, they by-passed two whites schools and come to the black kids’ school and they have made it mandatory that everybody takes the vaccine, and because of that students are running through the window…..” the narrator said.

The video was recorded by a teacher after a stampede occurred and the story was later published by Vanguard News, on when a student named Nicodemus Nkapari, 17, detonated a tear gas at Community Secondary School Oroworukwo, Port Harcourt City Local Government Area of Rivers State.