Home Science False: Covid-19 Vaccination is not (and will not be) Mandatory in Liberia 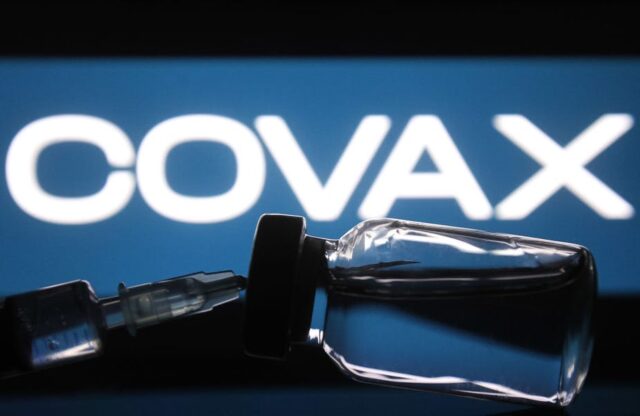 A social media video of “Pastor” Abraham Sarnie and several posts on Facebook and WhatsApp claiming that the Covid-19 vaccine that has arrived in Liberia will be mandatory for all Liberians is false.

After interviews with health experts and research, The Stage Media (TSM) has concluded that the vaccine will not be mandatory, and taking the vaccine is not the easy way to go to America.

However, priority will be given to a certain category of people, including healthcare workers, people over the age of 60 and people suffering from co-morbidities.

One of the shared Claims says this:

“Liberia on very early Saturday, March 6, received the first batch of its share of the Covax Facility vaccines in the country, so in days. According to Dr. Wilhemina Jallah, Minister of Health, the Liberian population must be prepared to receive this vaccine against COVID because it is mandatory for everyone, since these are our international partners including the World Bank who are funding this project. So, we must not disappoint them. We will start with the people from the hospital and then it will be the turn everywhere. Some Liberian thought that the people will be represented by the Officials, but it is obligatory. Falsely notes the publication of the Facebook account, Mustafa Kromah.-

The post has so far generated dozens of interactions including 98 likes, 54 comments and 12 shares, also, many other post Internet users who believed in this claim are already showing their fear of being vaccinated.

Coleman Jackson- “Will the West allow its population to take a vaccine made in Africa? Why? Where is the vaccine that was supposed to be made in Africa? Useless African Union! The African Union is a toothless bulldog. No wondered the West still write the rule and the African Union follow the rule. A people who doesn’t know their history is at the mercy of those who know it. How can you accuse the West of depopulation on the continent, Africa and you can’t highly prepare a vaccine for your people, ignorant? No, confused. If you are confused, prepare for extinction. Wake up or get extinct! Where are the leaders? Are there anymore leaders left to revitalize the continent?

“No question of vaccination in Liberia please, because we do not know the consequences that come after my friends. », comments Morris Teah.

Liberia is faced with increase false rumors and misleading information about vaccination.

Grisper Garteh- those that ate the covid-19 relief money must be the first to take the vaccine first.”

Bill Carson- “George Weah is waiting for 50 million dollars from the world bank before anybody get a vaccine.”

Wilmond Tweh- “the issues concerning the Covid 19 vaccines that was brought in the country was just a complete waste of time, and a good for nothing political bluff by president Weah to score political points. Let stop wasting our precious times on these fake Covid 19 medications. Sad times for our motherland.”

Kow Davis- “Do you remember Bill Gill{Gates} said that they should take the vaccines to Africa to kill our people because they are too much on earth, so our people get all reasons to refuse that vaccines.”- This is False

Tonia brooks- “Dr. Jallah want to sell the vaccine to the people that have lots of money.”

Bill Carson- “Dr. Jallah and others are selling the vaccines to the Lebanese and Indian businesspeople.”

James Nyan- “What the hell, who is staging this? I remember the only African who died from Ebola in the US was a Liberian gentleman when the Centers for Disease Control and Prevention (CDC) claimed that they did not have a treatment. Hospitals also made the same claim. Few weeks later, two white Americans were brought over to the US and survived by giving them treatment they had claimed that did not exist in the first place.

Why is it that Blacks are resisting this vaccine in the US, but Liberians are opening to taking it? Many Blacks in the US fear that opening to taking the vaccine would open doors to exploiting their vulnerability and may lead to the killers providing the wrong vaccines as a mixed bag / dose.

Watch out ladies and gentlemen who wish to bear children. The depopulation of Africa is alive and well as a part of the agenda of the West. Beware!

Are you dying from COVID-19 in Liberia? Why help you with vaccines and not scholarships for your bright minds, not helping you build institutions for preventions, etc. etc. Where is love and concern coming from?

Matter of fact, before you marry any lady in Liberia going forward, ask them whether they took the COVID-19 vaccine to avoid saying in the future that your wife is baren.”

Abraham Sarnie- “We are in an end-time, if you take the vaccine, you will regret, if the vaccine is safe why are people running away from it in the white man’s land.

“Taking the vaccine, you will be remotely control, your whole life will be in the hands of the devil.”

To verify this information, TSM contacted official sources, including the Ministry of Health and former Minister of Health Dr. Mohammed Sheriff.

The Ministry of Health said the alert is false because at no time the Ministry announced a mandatory vaccine against Covid-19.

Minister Jallah said the consignment of the COVAX Vaccine is very important to the government of Liberia’s continued fight against the COVID-19 pandemic and the government attaches serious importance to the protection of its citizens especially with the arrival COVAX Vaccine.

Dr. Sheriff said there is a need for the government to ensure that citizens are sensitized so as to tackle misleading information.

Dr. Chris Nyan said the claims are a conspiracy theory and are not based on any scientific evidence or fact. Unless anyone making such claim can prove same, it will be difficult (if not impossible) to believe.”

Liberia, Ghana, Cote d’Ivoire, DR Congo are among the nations to receive the first vaccines. Ghana was the first in the West Africa sub-region. It got 600,000 doses. It was followed by neighbouring Cote d’Ivoire.

The 96,000 doses of the AstraZeneca vaccine, manufactured by the Serum Institute of India (SII), marks the first batch of vaccine shipped to Liberia by the COVAX initiative as part of its unprecedented efforts to deliver at least 2 billion doses of the vaccine globally by the end of 2021 according to UNICEF.