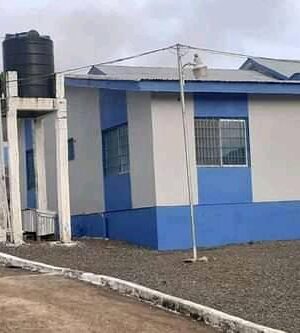 Claim: “There is a need we give Dr. Daniel E. Cassell a chance to change the sad narrative of Liberia in 2023. I haven’t met him before neither know him but I feel that he is doing pretty well in restoring the dignity of the ordinary citizens then most of those candidates who have contested in the race  before and still have the urge to contest again. Without becoming president of the Republic of Liberia 🇱🇷, he has done a lot including a building a housing unit not for himself but to accommodate the citizens. Below are some pictures of the housing units.”

Another account on Facebook said I am a very good strong supporter of JNB not UP. If the CPP make any mistakes by selecting Alexander Cummings because he is a so called millionaire and from the Southeast, I will give my full support to Dr. Daniel E Cassell and make the People’s Liberation Party (PLP) my first political party in my 40 years of age.

Dr. Cassell is far better than Alexander Cummings financially, academically, morally, and a very strong establishing follow in everything Liberia politics need. Alexander Cummings as a so called Richman is running around the 15 States of Liberia for power.
But Dr. Daniel E Cassell established his own political party and at the same time building modern political headquarters in the 15 States. Alexander Cummings out there distributing few dollars to people just for the CPP election. I am sure Dr. Cassel is not so motivated to become president 2023 election but he decided to start building his political career as a young man just as other old hands did.
If a unpopular state let Cestos City Rivercess County can get such a model office, what about those with the rightful numbers in the biggest States?

Verification: The Stage Media (TSMCheck) reached out to the party’s chairman, Mr. Wilmot Paye, who denied the claim.

Mr. Paye said “No, I don’t think so. Where is this, please, doesn’t it look like someone’s private residence, where did you get it from?

We also reached out to where the structure is located in Marshall and established that the estate was built five years ago and not recently when Dr. Cassell assumed the role of the political leader of people Liberation party.

Conclusion: The Claim is False and Debatable

False, No Ebola in Sierra Leone

Fact Check: Did President Weah get his facts on Education in 2021 SONA?

In The Mbayo’s Trial: Investigator Denies Going on Crime Scene