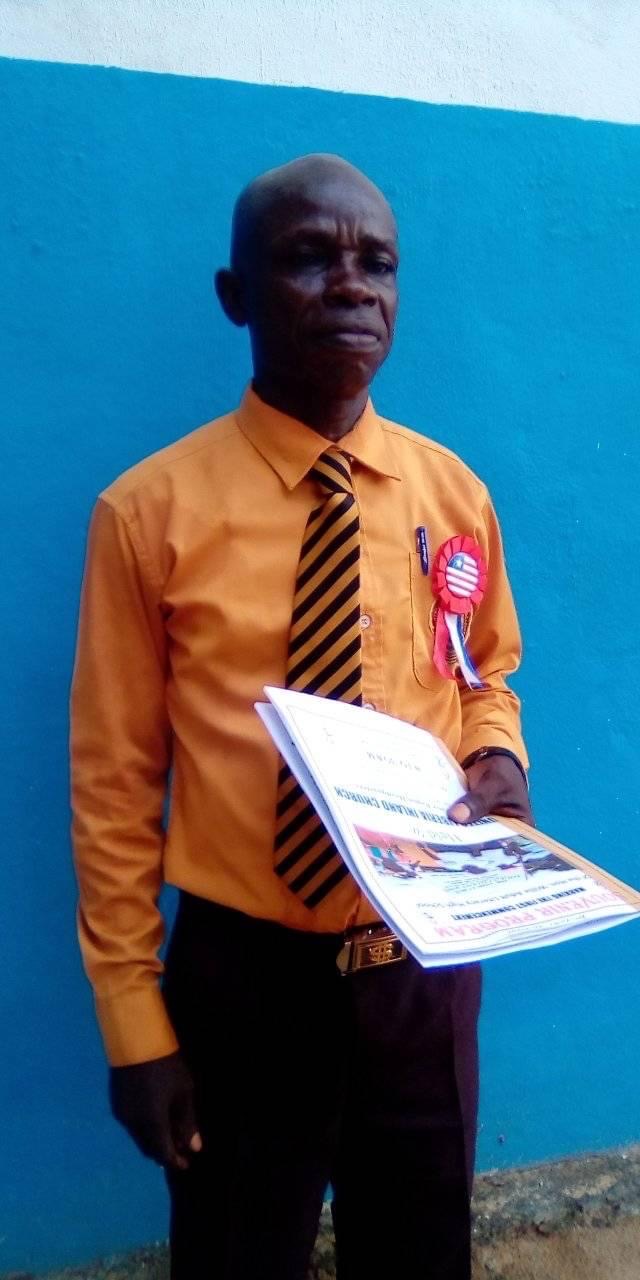 The United Liberia Inland Church’s Gaye Peter Mission in Wee Statutory District was a scene of jubilation on Sunday, April 3, 2022, as scores of families, friends, and supporters gathered to celebrate noticeably, the oldest man to have graduated from High School in the Grand Bassa district.

Victor Myers 54, was among 13 graduates once considered dropouts, parents of several children, some of whom are college graduates but yet pressing on to finish high school in a remote district, about 50 miles from Buchanan City.

Myers, the dux of his class, age is like “just a number” and “cannot stop a man from achieving higher heights”.

In his valedictorian message, an extensionally happy Myers repeatedly smiled and waved to the crowd occasionally streaming from the top of his lungs, “again I thank Rep VicentVillie for making me earn such an honor”.

“don’t give up; it is never too late to learn”.

“This custom is ridiculously old-fashioned”, the 54 years man with 6 children and a wife added.

Quizzed on his next move after the graduation ceremonies, he said he intends to achieve more academic accolades but feared that lack of a job could be a major huddle.

“For now I don’t have a job, if I got a job moving forward, I will be happy to advance my education to the Grand Bassa University College where I already have a scholarship from Rep Willie”.

Myers said he intends to peruse a BSC in General Education at GBUC because according to him he has been in the teaching field all his life and he intends to continue to help others.

Senator Kaipay urged the graduates to see high school graduation as the beginning and be eager for higher education.

He pledged to sponsor five of the 13 adult literacy graduates who all sat and passed WASSCE.

The Vicent Willie Adult Literacy High School was established by Representative Vicent S.T. Willie in 2018 to assist adults: to become literate and obtain the knowledge and skills necessary for employment and self-sufficiency.

“When I promised the people of Wee in 2017, many said it was just campaign bluff and nothing would have come out even to time we opened the school,” said Rep Willie.

According to him, he considers the success of the school as a dream come true as “it has been my pleasure to educate underprivileged Citizens, mainly females and older people”.

The United Liberia Inland Church, for the lawmaker, has been at the center of achieving this feat for proudly accepting the school to operate in its facilities.