Home Politics True: Abu Kamara Was Not Convicted But Hooked By Anti-Graft Body 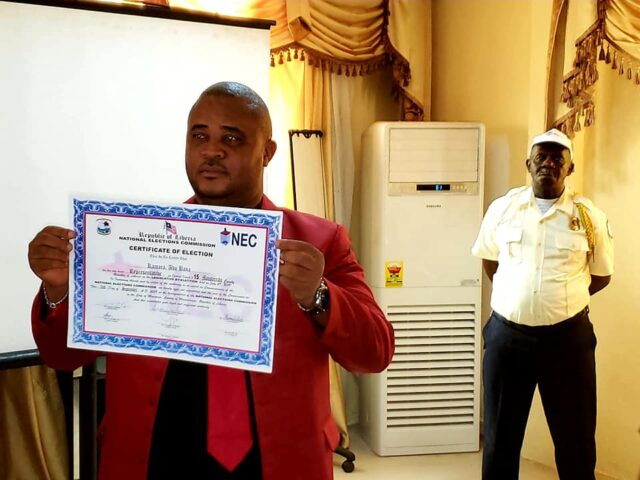 Monrovia: There has been claimed on social media comparing current District 15 lawmaker Abu Kamara as a convict like Lofa Senator-elect, Brownie Samukai.

Mr. Samukai, Joseph P. Johnson and Nyumah Dorkor are being sentenced to serve a term of two years in a common jail by the Supreme Court.

The court said the sentencing can be suspended provided if the three restitute the full amount of US$1,147.656.35 or fifty percent thereof within the period of six months and thereafter enter appropriate arrangements to pay the remaining portion in one calendar year.

The court ruling said if the defendants fail or refuse to restitute as stated above, they shall be incarcerated in the common jail and remain therein until the full amount is paid or liquidated at the rate of US$25.00 per month as provided for by law.

Meanwhile, Abu Kamara was not convicted by a court like Samukai but he was hooked by the Liberia Anti-Corruption Commission (LACC) for receiving double salaries and benefits while serving as Deputy Managing Director of Liberia Petroleum Refining Company (LPRC) and from his previous job as Deputy Minister of Post and Telecommunication.

The LACC’s investigative report shows that Mr. Kamara consented to receive US$ 8000. 00 and L$200,000 and promised to restitute the amount. But in May of this year, Kamara expressed guilt to the allegation by the legal division of the LACC.

The legal division put out a restitution plan in the total amount of US$8,164.70 and L$271,114.74 including an interest of 14 percent accumulated over three months, October-December.

Meanwhile, the National Election Commission said they do not vet candidates on corruption.

The NEC says they have no jurisdiction to remove the name of the ruling party candidate Abu Kamara from the ballot paper regardless of an allegation of his involvement in corruption.

Kamara won on the ticket of the ruling Coalition for Democratic Change (CDC) in the Montserrado County’s District No. 15 by-elections.